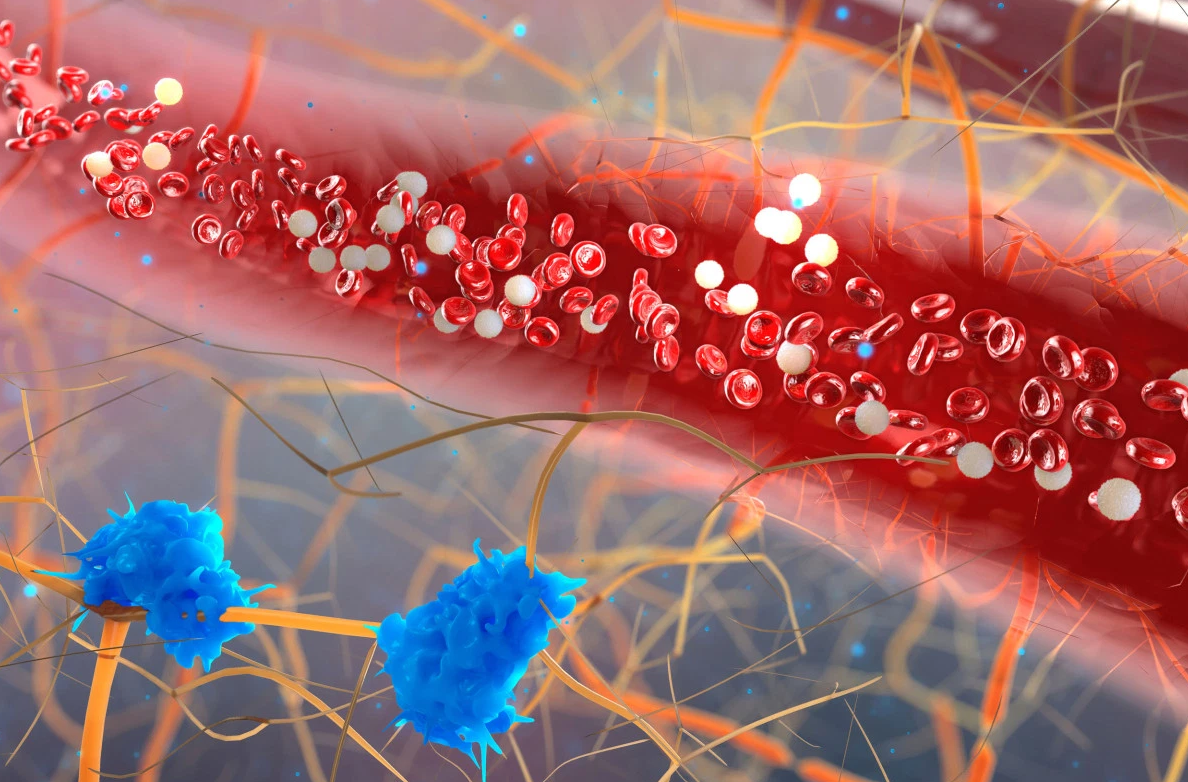 You may have heard the term ‘chronic inflammation’ quite often over the last few years. Chronic inflammation is widespread, low grade inflammation that persists throughout the body. It is diagnosed when specific markers are found in the blood or tissue. The reason that it’s coming up so frequently now is that research is now showing a clear connection between chronic inflammation and some of the most common diseases. This is according to a summary in the Johns Hopkins Health Review. These include:

Studies are showing now that inflammation and autoimmune responses in RA patients often appear long before joint related symptoms do. In fact, RA autoimmunity may be related to mucosal inflammation that occurs before the onset of symptoms. Further testing needs to be done to confirm this connection.

Multiple Sclerosis is an auto-immune inflammatory disease. It is the result of immune cells becoming sensitized and secreting cytokines, prostaglandins, and other inflammatory materials. An exact cause has not been pinpointed, but influential factors include genetics, dietary patterns, and vitamin D abnormalities.

According to Johns Hopkins medicine, fighting inflammation could prevent heart disease. In addition to taking steps that reduce blood pressure and cholesterol, efforts to reduce chronic inflammation appear to have a preventative impact on heart disease as well. Studies have shown that people with systemic inflammation who were given statins had reduced incidence of heart attacks and strokes. This occurred even if they did not have elevated cholesterol. The hypothesis is that the statins worked to reduce inflammation. Another study showed that targeting inflammation led to fewer strokes and heart attacks, even in patients whose cholesterol levels were not reduced. These anti-inflammatory treatments also reduced the need for angioplasty and other medical interventions.

There is also a connection between inflammation and diabetes. Interestingly enough, children who have allergies have a reduced incidence of type 1 diabetes. The reverse is also true where children with type 1 diabetes are less likely to have allergies. This may be due to the fact that children with diabetes tend to have more t-helper 1 cells, and those with asthma and other allergies have more t-helper 2 cells. Since most children cannot carry excesses of both, they usually tend towards one condition or the other.

The link between type II diabetes and inflammation is much more direct. Chronic inflammation leads to the production of TNF (tumor necrosis factor). This in turn creates insulin resistance at the cellular level.

Inflammatory bowel disease is an umbrella term used to describe a variety of conditions that are caused by inflammation in the digestive tract. It includes Crohn’s disease and Ulcerative Colitis. It is believed that a variety of factors contribute to bowel inflammation. These include diet, genetics, and environment. However, studies are now indicating that inappropriate immune responses to normally harmless gut microbes could be the cause of this inflammation.

Studies are showing that inflammation associated with belly fat leads to chronic inflammation in the body. This inflammation can impact the tissue in the upper airways, and lead to sleep apnea. More importantly, there is now evidence that the presence of inflammatory markers are present in increased levels even before signs of severe obstructive sleep apnea syndrome become clear.

As far as snoring goes, nasal polyps may be the cause of chronic snoring. People who suffer from allergies or frequent nasal congestion often develop mucosal inflammations or polyps. These can lead to blockages of the nasal and sinus passages, and cause severe snoring issues.

Inflammation isn’t always a bad thing. It’s your body’s natural, protective response to illness or injury. Without a healthy inflammatory response, your body wouldn’t be able to heal properly.

Your body can experience two different categories of inflammation. Acute inflammation is temporary. It lasts a couple of weeks at most, but it can be more severe. Symptoms might include swelling, pain, redness, heat, and a temporary loss of function. For example, a tennis injury could cause inflammation of your elbow joint. Acute inflammation can also be caused by microbes, such as those that cause an upper respiratory infection.

Chronic inflammation is ongoing. Because there isn’t a specific illness or injury to ‘heal’, there’s no real signal to the immune system that all is well. The exact symptoms can depend on the associated disease. However, fatigue and pain are quite common.

Chronic low levels of inflammation are often the result of overactive immune cells responding to ‘false’ signals that they should respond to a threat within the body. Unfortunately, when there isn’t an actual disease or injury, those white cells may begin attacking the body’s own healthy organs, joints, cells, and other tissue.

Studies have shown that people who suffer from illnesses often associated with chronic illness have elevated levels of proinflammatory cytokines. These levels are often elevated even before symptoms of the chronic illness appear.

What Are The Signs of Chronic Systemic Inflammation?

Things become even more complicated as healthcare providers often treat these symptoms without exploring underlying causes such as chronic inflammation.

According to the NIH there are five key causes of inflammation. These include:

Although anyone can suffer from chronic inflammation, and its effects there are risk factors. These are:

An excess of fatty tissues can lead to the secretion of various adipokines and other inflammatory agents. Studies have shown that BMI has a direct correlation to pro-inflammatory cytokines in the body. Other studies indicate that fat itself is an endocrine system organ. Metabolic syndromes are associated with both obesity and inflammation.

People who consume excessive amounts of refined sugars, saturated fats, and trans fats often produce inflammatory agents. This is compounded in individuals who are overweight or have diabetes.

Estrogen and testosterone can suppress the body’s production of inflammatory markers. When those hormone levels are not at optimal levels, this ability decreases. Maintaining healthy hormone levels can reduce inflammation.

The risk of chronic inflammation increases with age. This may be the result of several aging related changes. These include an increase in free radicals in the body, accumulation of visceral body fat, or mitochondrial dysfunction.

Habitual smoking leads to the reduction of molecules that reduce inflammation.

When the body is under physical or emotional stress it releases inflammatory cytokines. Further, stress can lead to sleep disorders. Studies have also shown that people who have erratic sleep schedules are more likely to suffer from chronic inflammation.

Most people become aware that they may be suffering from chronic inflammation when they recognize the symptoms and risk factors. Unfortunately there aren’t any known, highly-effective measures to test for chronic inflammation in a laboratory setting. So, the diagnostic process is usually reactive, and only undertaken when another medical condition appears.

Thus far, the best test to confirm suspected, chronic inflammation is the serum protein electrophoresis or SPE. This test shows an increase in polyclonal and hypoalbuminemia in gamma globulins.

Testing to  detect the presence of inflammatory cytokines such as tumor necrosis factor-alpha, interleukin-1 beta, and interleukin-6 are quite expensive. However, these tests are most effective at identifying specific chronic inflammation factors.

With chronic inflammation, your body’s normal inflammatory responses go into ‘overload’. This causes your own systems to damage healthy tissues, organs, and other cells. Over a period of time, the result is scarring, cellular damage, and death of tissue. Chronic inflammation is associated with the development and worsening of multiple diseases. Further research will likely show even more causal links between inflammation and disease. In order to treat chronic illnesses effectively, it is absolutely necessary to address the impacts of inflammation.