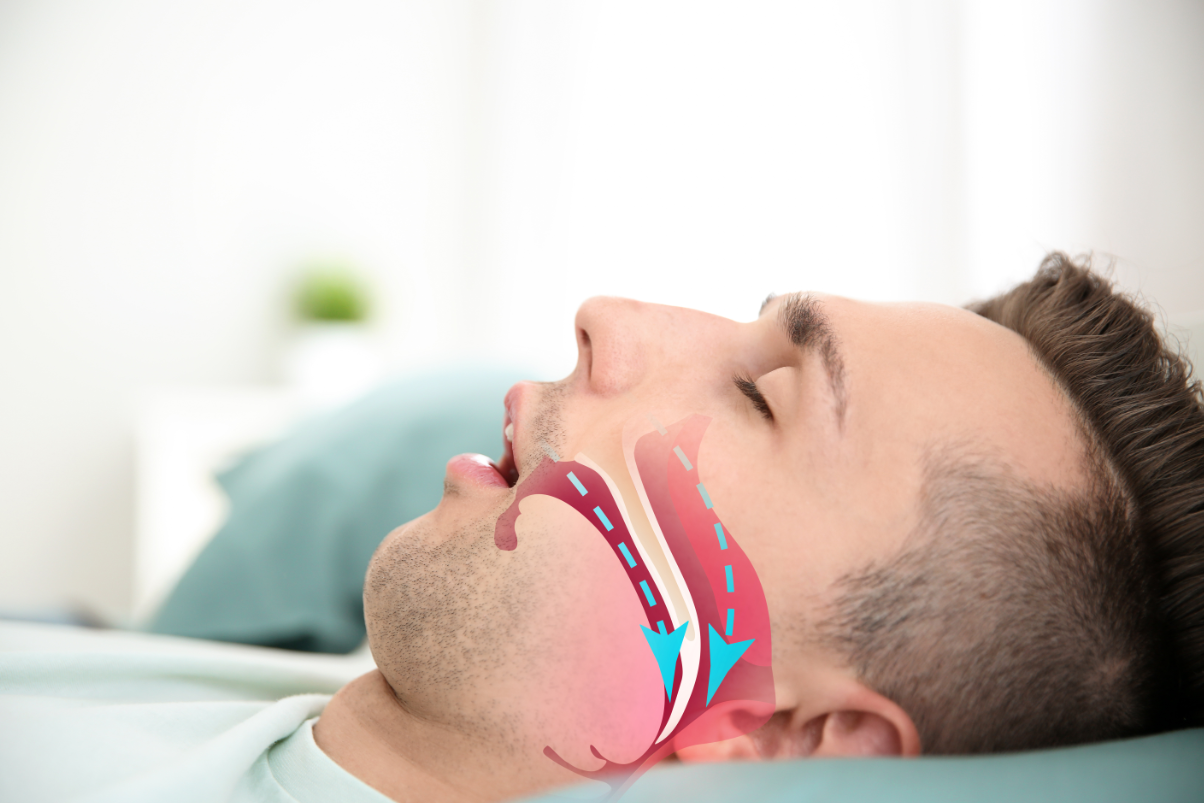 A study appears to show that sleep related breathing disorders are a result of chronic inflammation. This is especially true of obstructive sleep apnea syndrome.

An inflammatory cytokine is a molecule that is secreted by immune cells (e.g. t-cells) that promote inflammation.

The study linked above looked at the IL-6 and TNF-α cytokines specifically in adults and children with obstructive sleep apnea. Researchers confirmed a constant state of low intensity inflammation.

This is believed to be caused by both genetics, environmental factors, and lifestyle. However, the most important takeaway is that it appears as if rather than causing inflammatory conditions, sleep apnea is likely one of the many results of it.

This inflammation doesn’t just impact whether someone suffers from obstructive sleep apnea. These inflammatory processes can also impact co-morbidities associated with sleep apnea.

There has always been, and still is, a connection between obesity and obstructive sleep apnea. However, the revelations about OSAS as an inflammatory disease does change how this should be viewed.

Previously, it was largely believed that obesity led to structural changes of the palate and throat that led to airway obstruction during sleep.

What we understand now is that the correlation is a bit more complex. Obesity is also associated with inflammation. This is especially true for people who have excess amounts of belly fat.

This condition is also associated with an increase of inflammation. In fact, that abdominal fat and increased presence of inflammatory cells often precedes any symptoms of obstructive sleep apnea.

The takeaway from that is that rather than sleep apnea causing inflammation it is the result of it.

Until recently, the approach to diagnosing and coming up with a treatment plan for sleep apnea was entirely reactive. Patients would show symptoms, submit to a sleep study, and receive treatment if they had sleep apnea.

Now, imagine someone who is overweight, and showing some signs of sleep disturbance. Perhaps he is snoring, or showing some milder signs of apnea. Doctors can test his inflammatory levels at this stage, and will be able to predict his risk for severe OSAS.

Not only that, but they will be able to predict the likelihood of his developing other co morbid problems such as heart disease.

In turn, his doctors could begin working on treatment interventions in the present term that will help reduce inflammation, possibly preventing him from developing a more severe form of sleep apnea.

Next post: Chronic Inflammation Causes And Advances Most Common Diseases