Snore Strips: Are They Your Snoring Cure? 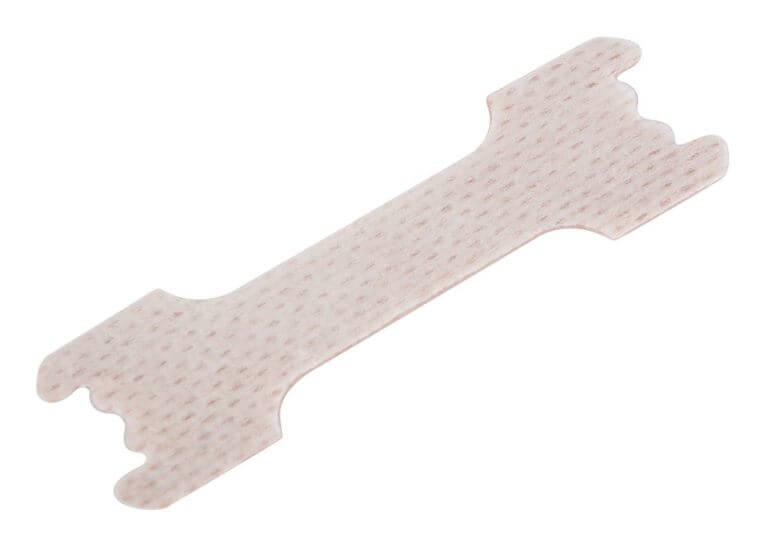 If so, you’ve probably tried all sorts of snoring remedies.

Some of them, even the ones that worked for your brother or best friend, probably didn’t work for you.

Then there were the snoring aids that worked, but had drawbacks. There was one that was so uncomfortable you couldn’t use it for long. And that other one was so complicated that you couldn’t be bothered to use it half the time.

Wouldn’t it be great if you could find a snoring remedy that was effective, comfortable, and easy to use?

Well, that remedy might not be as hard to come by as you think. In fact, all you might have to do is walk into a local drug or department store, go to the pharmacy aisle, and look for a box labeled “nasal strips.”

How Snore Strips Can Alleviate Snoring

Nasal strips, which are sometimes called “snore strips,” are designed to open up your nasal passages. And that’s a good thing for some snorers.

Many people snore because their nasal passages are blocked or obstructed. This obstruction can be the result of congestion caused by a cold, allergies, or even hormones. (For example, congestion is common among women who are pregnant.)

Other things that can cause nasal obstruction or blockage include a deviated septum, and your anatomy. If your nostrils are naturally small, or you naturally have a more narrow nasal passage, then you’re more likely to snore.

Nasal strips can help relieve congestion, opening up your airway. And people with small nostrils, narrow air passages, or a deviated septum often find they can breathe easier when wearing a nasal strip.

Nasal strips have grown in popularity over the years. BreathRite Nasal Strips are probably the most widely-known and readily available brand on the market.

So what are nasal strips exactly?

They are external nasal dilators. And they look like small, adhesive bandages.

A nasal strips consists of a piece of stiff, springy material that has an adhesive on the bottom. The adhesive is how you attach the strip to the bridge of your nose.

When a nasal strip is bent across the outer surface of your nose, it will naturally try to straighten out again. In the process, it will gently pull open your nostrils and nasal passages. This will help you to breathe more easily. And that can help keep you from snoring, or make your snoring less severe.

The Effectiveness of Snore Strips

According to an article published by Berkeley Wellness

nasal strips can help some snorers find relief. In fact, the American Academy of Sleep Medicine says that “these products may reduce snoring related to nasal blockage.”

Several studies have found that wearing nasal strips can help to alleviate snoring, especially when it’s caused by a nasal blockage or obstruction. If the snoring is caused by something else, nasal strips might not be as effective, but can still help in some cases.

Many people who snore also suffer from obstructive sleep apnea, or (OSA). While studies have found nasal strips to be less effective at alleviating the snoring of those with OSA, some sleep apnea suffers find nasal strips beneficial.

However, OSA is a serious and potentially dangerous medical condition. Even if nasal strips help make your snoring less frequent and severe, you should still seek proper medical treatment for sleep apnea.

As snoring remedies go, nasal strips have a lot going for them. They’re easy to use, comfortable, and relatively inexpensive. They are also fast, and can help you find instant relief from congestion and nasal obstruction.

External nasal dilators are non-medicated, so anyone (like pregnant women) can use them. And you don’t have to worry about side effects the way you do with some other congestion remedies.

Many people suffering from congestion use over-the-counter decongestants to find relief. But these medications can have a rebound effect. If you use such a decongestant for too long, you can end up more congested than you were before. And many of these medications become less effective the more you use them.

Nasal strips, on the other hand, don’t lose their effectiveness over time.

Nasal strips do have their downsides, though.

But, really, these are small prices to pay for relief from snoring.

Nasal strips are external nasal dilator. You apply them to the outer surface of your nose, and they work by pulling your nostrils and nasal passages open.

Like external nasal dilators, internal nasal dilators are non-medicated and easy to use. However, internal dilators need to be cleaned regularly. And they can be uncomfortable to wear, especially if the ones you’re using aren’t the right size for your nostrils. And some people can’t get used to sleeping with something in their nose.

If you’re snoring is caused by congestion, or some other kind of nasal blockage or obstruction, snore strips can help decrease the frequency and severity of your snoring. Even if you aren’t sure what’s causing you to snore, you have little to lose by giving nasal strips a try.

Next post: How to Get a Good Night’s Sleep

Previous post: How to Prevent Snoring – Some Remedies That Work